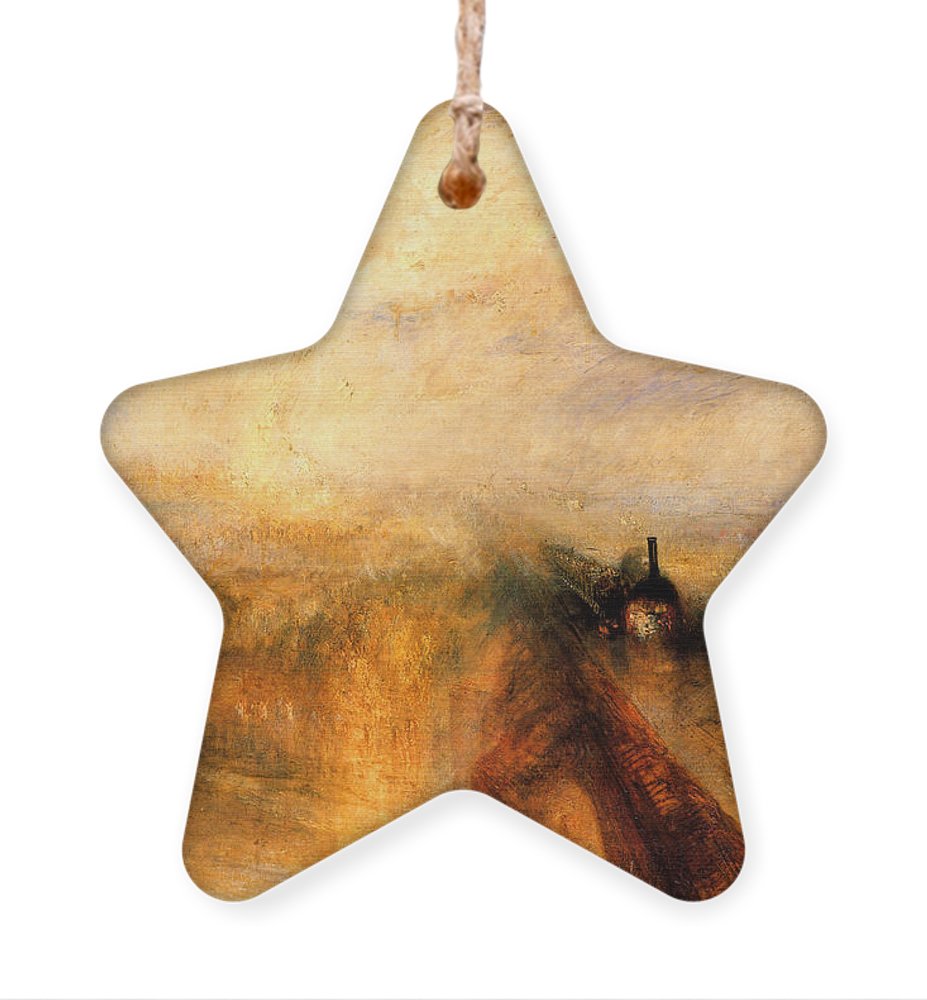 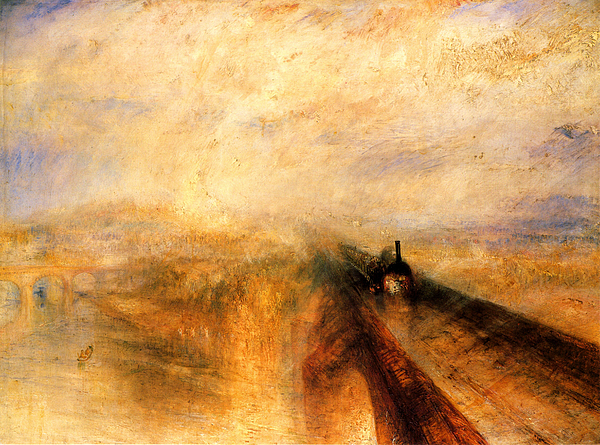 William Turner Rain Steam And Speed - The Great Western Railway Rain, Steam and Speed - The Great Western Railway; the painting depicts an early locomotive of the Great Western Railway crossing the River Thames on Brunel's recently completed Maidenhead Railway Bridge.The painting is also credited for allowing a glimpse of the Romantic strife within Turner and his contemporaries over the issue of the technological advancement during the Industrial Revolution. Joseph Mallord William Turner was a British Romantic landscape painter, water-colourist, and printmaker. Turner was considered a controversial figure in his day, but is now regarded as the artist who elevated landscape painting to an eminence rivalling history painting. Although renowned for his oil paintings, Turner is also one of the greatest masters of British watercolour landscape painting. He is commonly known as "the painter of light" and his work is regarded as a Romantic preface to Impressionism. Some of his works also are...