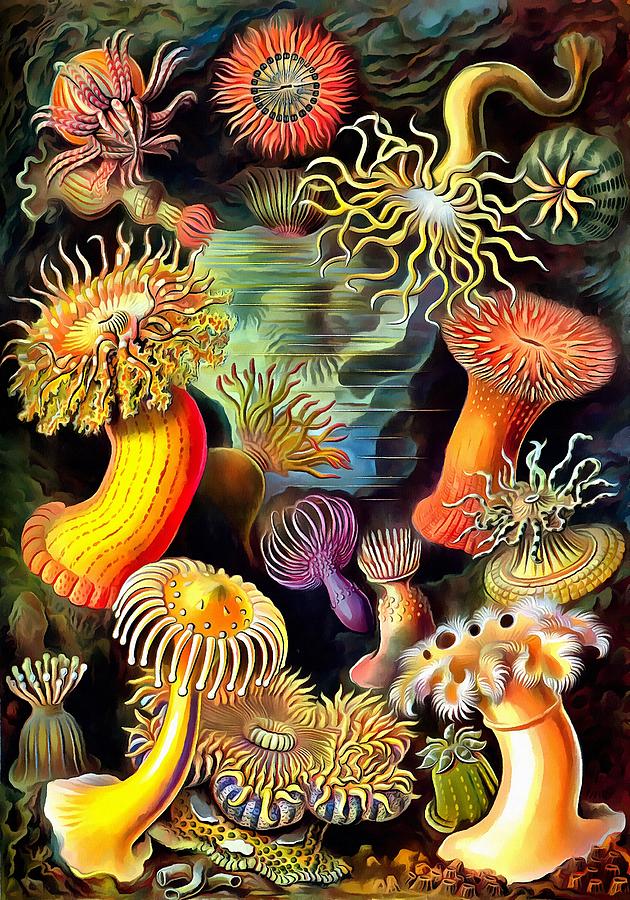 Sea anemones are a group of water dwelling, predatory animals of the order Actiniaria; they are named after the anemone, a terrestrial flower. As cnidarians, sea anemones are closely related to corals, jellyfish, tube-dwelling anemones, and Hydra.