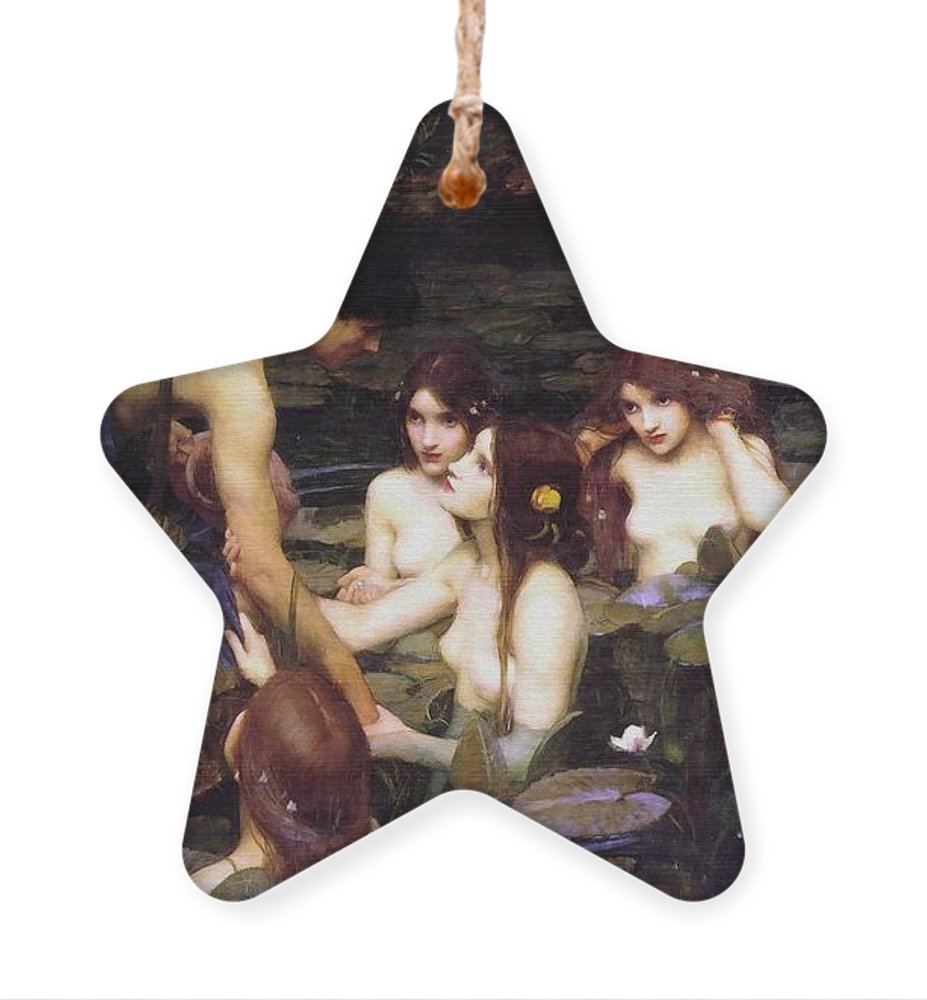 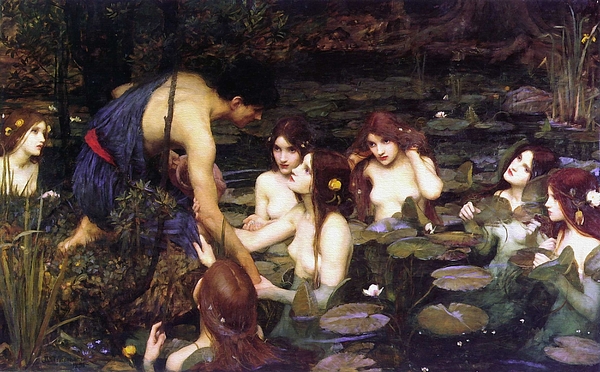 Hylas And The Nymphs Ornament

John William Waterhouse Hylas And The Nymphs John William Waterhouse was an English painter known for working in the Pre-Raphaelite style. He worked several decades after the breakup of the Pre-Raphaelite Brotherhood, which had seen its heyday in the mid-nineteenth century, leading to his sobriquet "the modern Pre-Raphaelite". Borrowing stylistic influences not only from the earlier Pre-Raphaelites but also from his contemporaries, the Impressionists, his artworks were known for their depictions of women from both ancient Greek mythology and Arthurian legend. Born in Italy to English parents who were both painters, he later moved to London, where he enrolled in the Royal Academy of Art. He soon began exhibiting at their annual summer exhibitions, focusing on the creation of large canvas works depicting scenes from the daily life and mythology of ancient Greece. Later on in his career he came to embrace the Pre-Raphaelite style of painting despite the fact that it had gone out of fashi...